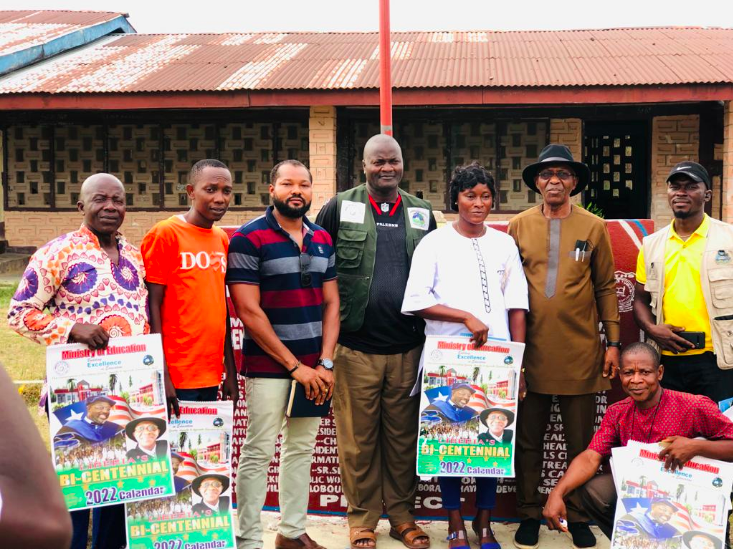 The Ministry of Education has broken ground for the construction of a modern high school in the Wohn Gibi District in Margibi County.
Under the IRISE project, the Gibi Public School, upon completion, will be the first high school in the history of the District.

Education Minister Ansu Sonii said, “the Gibi Public School is among twenty-five junior high schools in the country poised to be expanded with support from the World Bank.”

Minister Sonii stressed that the ongoing projects will ensure that every education district in the country has a functional, operational high school.
He noted that funding for the expansion of the Gibi Public School has already been secured, and construction work is expected to begin very shortly.

Meanwhile, citizens of Gibi have lauded the government and partners for the expansion project and fully promised to collectively work with the contractors to offer their services in the construction of the only high school since the establishment of the junior high school founded in 1975.
According to them, the high school, when constructed, will allow their children to complete secondary school.
Meanwhile, the entire ground-breaking ceremony was climaxed with tears of excitement.
The citizens of Wohn Gibi appreciated the President, H. E. President Weah, through Min Sonii, for his timely and farsighted intervention through the government’s selection of the Gibi education district for such a historical and tangible initiative.

See all other projects